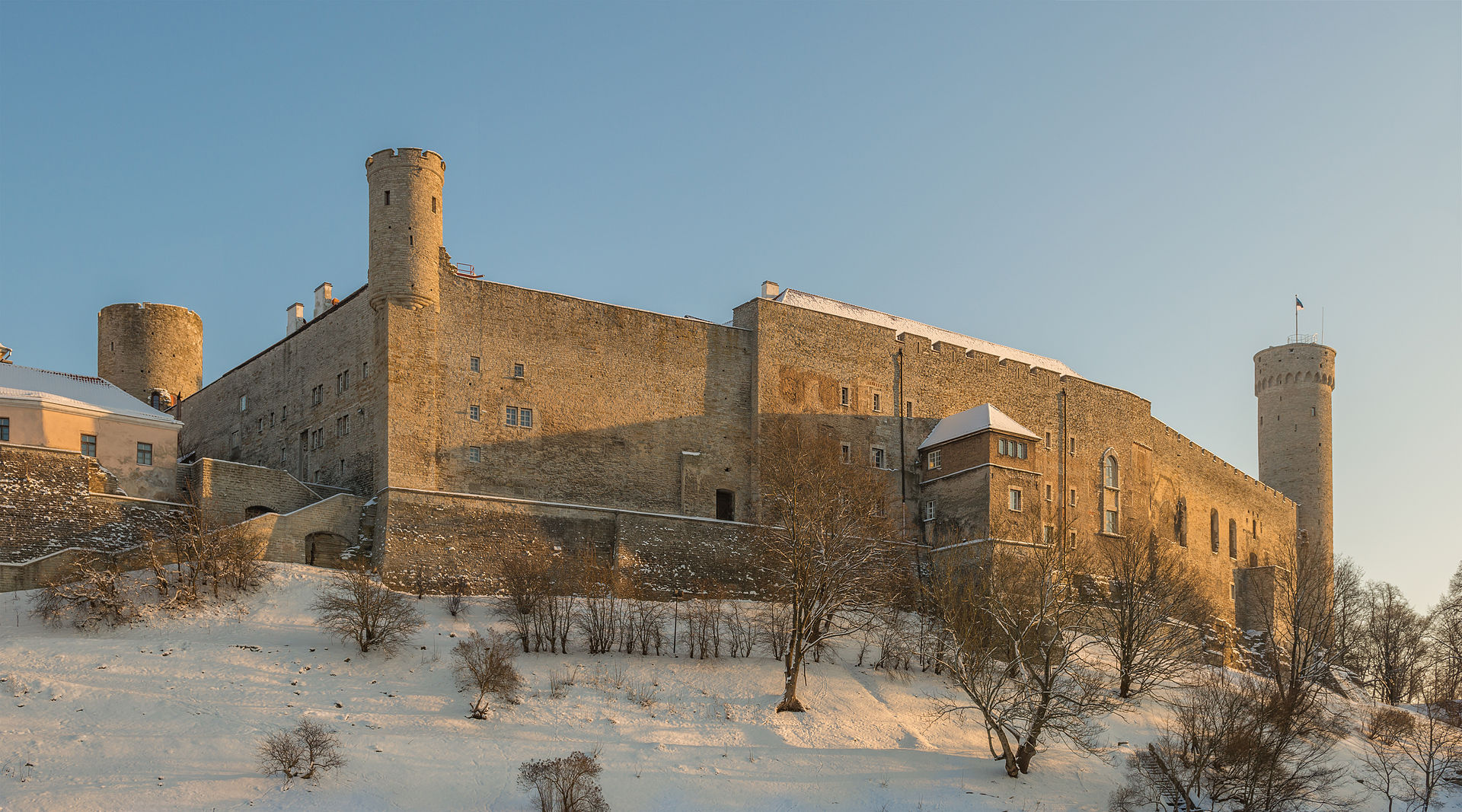 Based on an Estonian myth, Toompea Castle made by the Linda who was the mother of Kalevipoeg and the wife of Kalev. These characters have a very important place in Estonian mythology. You may want to take a look at the Legends of Tallinn pages from Wikipedia to learn more about them. Linda made the Toompea Castle by her hands and she put every one of the stones. During the construction of Toompea Castle, natural stones around the region used. Actually, there is no evidence about the exact construction date of the castle but it is known that the today’s castle erected over a foundation of crumbling eastern wing of the fortress around 13th and 14th century.

Toompea Castle is the witness of the almost whole history of the Tallinn. Toompea Hill probably one of the first place inhabited over the region due to its strategic location and defensive purposes. Castle was taken by the Danish crusaders in 1219 and named as the Castle of Danes or Taanilinnus in Estonian. Only 8 years later, Order of the Brethren of the Sword took the castle from Danish. This order founded by the 3rd Bishop of Riga (Albert) as a part of the Catholica military order. After re-take of the Toompea Castle, they extended it. Most parts of the Toompea Castle constructed during these years.

Danish took it again once more only 10 years later and hold it until 1346. They sold the Toompea Castle to the Teutonic Order. Teutonic Order just like the Order of the Brethren of the Sword was a religious group. With their influence, the castle became a monastery. Knights of the order used chapel, chapter house and dormitory. Reign of the crusaders over the Baltic states ended during the Livonian War in the 16th century and Estonia became the part of the Swedish dominion. They converted the Toompea Castle into a fortress and it became the administrative centre of the country. Russian Empire took Estonia in 1710 and the region became the part of the huge power until the 20 August 1991.

Where is Toompea Castle?

How to Go to Toompea Castle?

Toompea Castle is open to visitors all year. You can visit Toompea Castle and parliament by yourself or join the tour. I’m suggesting to you to join a guided tour. Because professional guides will give you information about Toompea castle and history of both Tallinn and Estonia. If you want to visit the castle by yourself you can join the tours organized by Riigikogu. Please take a look below to find more information about those tours. Also, you use the tour widgets to find best-rated tours offered for Toompea Castle.

Where is Toompea Castle?

How to Go to the Toompea Castle?

What time you can visit Toompea Castle?