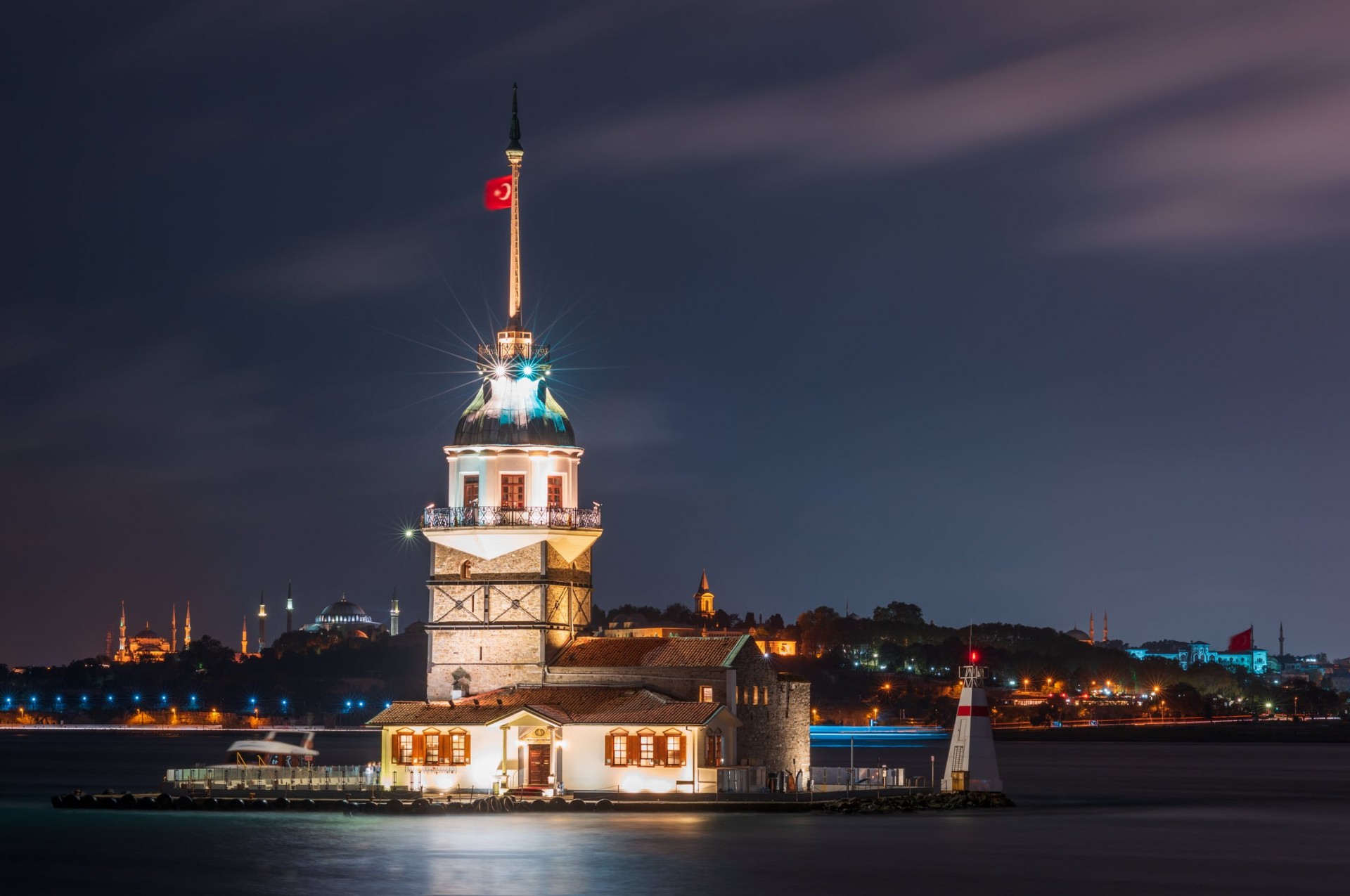 Istanbul is one of the most historic cities in the whole world. If you came to Istanbul you should expect to come up to any landmark. Maidens Tower (Kız Kulesi in Turkish) is one of that nicest landmark of the Istanbul. The tower is located very close to the Asian shore, Üsküdar.

Based on the legend, Byzantine emperor heard and prophecy that telling him his daughter would die at the age of 18 by the poison of a snake. In order to protect this sad fate, he built an isolated island on the Bosphorus for his beloved daughter. After all, she couldn’t escape from her destiny and killed by a snake that came to the island in the fruit basket.

There is also another legend about the Maidens Tower. It is a sad love story between the hero and leander in the tower. Because of this story told by Ovidius, Maidens Tower is also known as a Leanders Tower. Hero in the legend was one of the priestesses of Aphrodite living in the tower. One day priestess left the tower to attend a ceremony in the temple where she met with Leandros. At first sight, they fell in love with each other. Leandros swam to the tower every night to see his love until one stormy night. Because of the storm, he wouldn’t see the light and swam all night, drowned and died. After dying of her love, the priestess also jumped from the tower and died. People tell this love story as it happened on the Bosphorus, but in fact, it’s a legend from the Dardanelles, when Leandros was swimming to Hero between Abydos (today’s Eceabat) and Sestus (today’s Canakkale city).

Maidens Tower history is dating back to the 5th century. The tower built by the Athenian general whose name is Alcibiades on a rock at the entrance of the Bosphorus to surveillance of the area. A couple of restorations made on the tower by Byzantium, Ottoman, and Turkey. The last one was done in 1998 and in total more than 3 million USD spent and a restaurant opened on the tower. The tower was also in the James Bond movie, The world is not enough, where the terrorist placed a nuclear submarine under the tower to exploded in the heart of the city. Now, Maidens Tower is a very popular tourist place in Istanbul. It offers a 360-degree view of Istanbul.

I’m strongly suggesting to go to the Maiden’s Tower Restaurant. It will be a very nice experience to have breakfast in the tower. For 7 days a week, you will make a great mixed breakfast with Turkish delight between 09.00-13.00. Price for the breakfast is around 70 Turkish Lira per person for weekdays and 95 Turkish Lira for the weekends. Also, breakfast hours between 10.00-13.00 on the weekend. You can have lunch starting from 12.00 in the tower. Having dinner is the other option for the tower. From 19.45, dinner service starts and prices vary between 225 – 275 Turkish Lira.

You don’t have breakfast, lunch or dinner to visit the tower. You can just come to tower the to enjoy the view and the museum just paying 30 Turkish Lira. Maidens Tower is open for the visitor during the year with no expectation. You can find detailed information about the Maidens Tower on this website.

How to Go to Maiden’s Tower

The easiest way to reach the tower is the use of Salacak pier. Pier is located just here. There are ferry services at every 15 minutes between 09.15 to 18.00 from Salacak to Maidens Tower. If you have a reservation for the dinner there are also ferry services from 20.15 to 00.30.

If you have any questions or experience about Maidens Tower please share it in the comment sections to help other people. Also, don’t forget to take look at Istanbul City Guide to get lost at this mystical place.