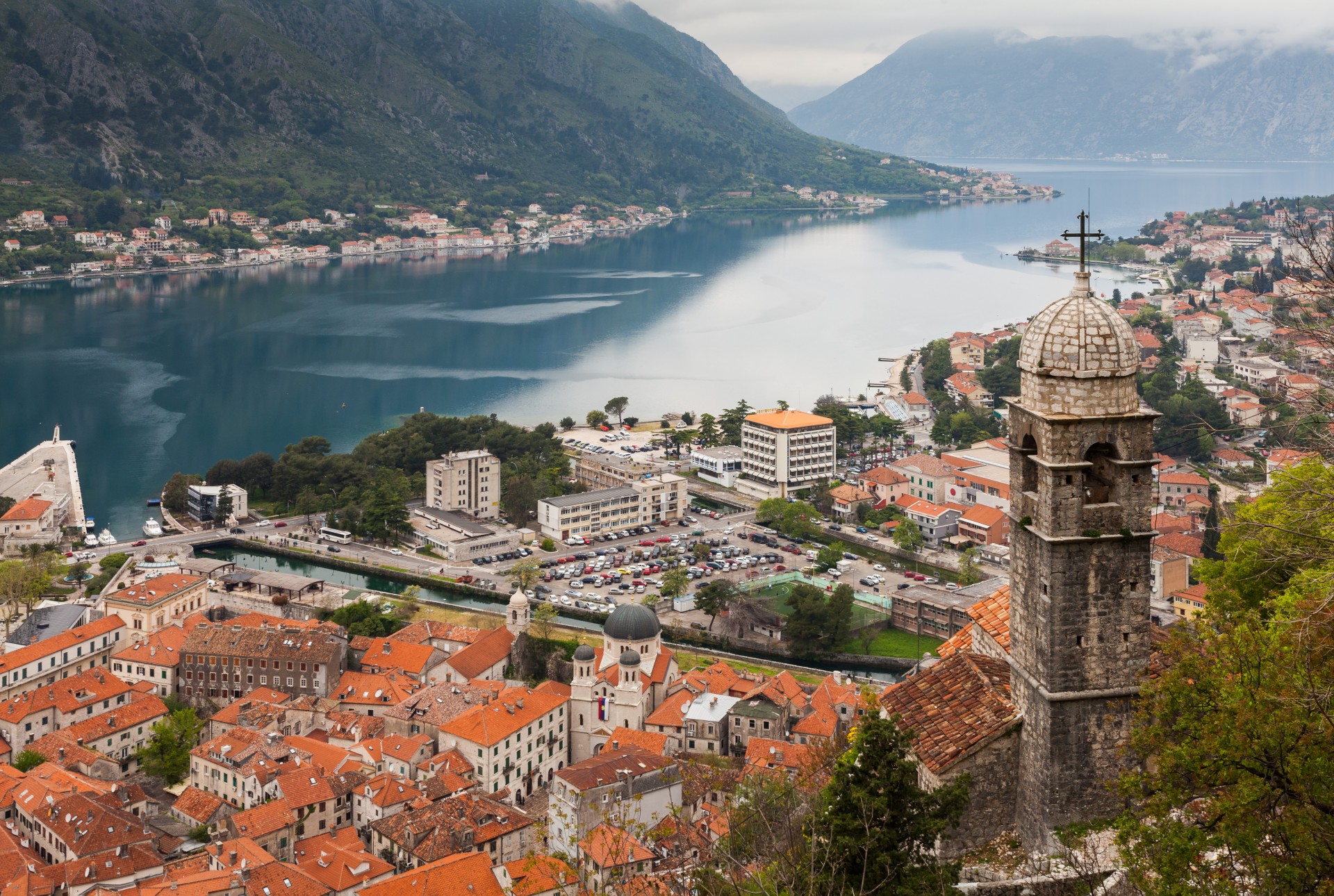 Kotor Old Town is rising star of Montenegro. For a few years, Kotor became more and more people among the traveller. Kotor is a very small city with only 13510 residents. City is located at the Gulf of Kotor and more popular than the capital of Montenegro, Podgorica. Kotor Old town is surrounded by fortifications built by the Republic of Venice. History of the town dates back to the Roman era. In this post, you will discover this fascinating city of one of the youngest countries in the world.

Kotor has a long-standing and complex history and maybe the most fascinating one when compared to the other major tourist spots. Name of the Kotor first appeared in the Roman artefacts. Those times (168 BC) the city is known as Acruvium, Ascrivium or Ascruvium and was the part of the Dalmatia.  Kotor always fortified by its conquerors because of the geostrategic location of the settlement. Around 535 Emperor Justinian built a fortress over the town (Ascrivium) after the expelling the Ostrogoths. After a quite long time from the Emperor Justinian Kotor was plundered by the Saracens in 840 and fortified more and more toward to the peak of Saint Ivan by the Constantine VII Porphyrogennetos in the 10th century. Between 1002 and 1143 Kotor was under influence of the First Bulgarian Empire.

Kotor conquered by the Grand Principality of Serbian in 1185 and Serbs ruled the city until the year of 1391. After the death of Tvrtko (King of Bosnia) in 1391, Kotor became fully independent until the threat of conquered by the Ottomans. Kotor asked for help from Venice when the Ottoman threat rose up. The city was part of Venetian Albania between 1420 to 1797. In this time frame Ottomans besieged the city two times, 1538 and 1657. More than 4 century Venice made great contribution to the Kotor’s current heritage. During these 4 centries city was own time-to-time by the Ottomans also.

After the Treaty of Campo Fomio in 1797, Kotor passed to the Habsburg Monarch but in 1805 became part of the French Empire‘s client state. Even Russian held the city for a while but in 1810 the city return to the Kingdom of Italy. Kotor became one of the main bases of the Austro-Hungarian Navy and home of the Austrian Fifth Fleet. After the end of World War I (The Great War), Yugoslavia founded an the city became part of it. Kotor got it name from that date. During the tensions of World War II, Kotor annexed by Italy and stayed that way between 1941 and 1943. It is complicated, right? Kotor has a stunning heritage because of its historical heritage.

Where is Kotor Old Town?

How to Go to Kotor Old Town?

Unfortunately, there is no train to the Kotor from any city because of the channelling geography of the area. You should rent a car, taxi or buy a ticket for the buses. Don’t worry buses are good to travel and trusted. You should find the bus routes to the Kotor Old Town from other cities.

There is no tickets or price to enter the Kotor Old Town. Also, you don’t need a guide to visit the town. There are multiple apps or maps for the Kotor Old Town. You will also find maps at the entrance. In this link, you will a really good map and information about the trail to the top. There are three entrances to the old town; South Gurdic Gate, Main Sea Gate and North River Gate. You will probably use the Sea Gate to enter. Before you start to walk to the top you may want to visit some important spots in the town. You will find the list (a long list) of them below;

Time to Start to Walk

If you spend time for a while in the Kotor Old Town you will start to walk to the top. There will an 8 Euro entrance fee to the trail road to the top. There is around 1350 step that you have to climb. Don’t worry there are multiple places to rest while climbing. There are 3 different routes for the trail to the top and down. There are two important place in this trail, Lady of Remedy Chruch and St. John’s Castle. It will be easy to reach the church but the castle will be a little tiring for you. If you’re confident don’t use the red route to go down. Because on some part of it there are no stairs or road to follow. You just need to jump over the wall or make your own way through the trees.

The year 1435 was a sad page of the history of Kotor. Plague during the year wiped out most of the population of the Kotor Old Town. People of Kotor built the Lady of Remedy Church to have God’s protection over them. Your first aim should be reached to the Lady of Remedy Chruch. After around 500 steps you will reach the church. It is not a big but beautiful one. Lady of Remedy Chruch was built during the 15th century. The church has a baroque style with a gothic arch. Three bells of the church are quite famous because they made in the bell foundry De Poli in Vittorio Veneto, Italy. You will see a crypt inside the church. That crypt is related to Bolic family of Kotor. There is also the tomb of count Anton Lukovic (Kotor citizen) outside of the church.

You need to climb around 800 steps more to reach the St. John’s Castle from the Lady of Remedy Chruch. St. John’s Castle is located 260 meters high from the sea level. Unfortunately, St. John’s Castle is a crumbled ruin but it is still possible to climb over it and enjoy the view through the Kotor Old Town and stunning nature of the region. There is a plan for the restoration of the castle, pathways, sightseeing spot and other thing but it didn’t start yet.

If you ever visited or thinking to visit the Kotor Old Town please share your experiences and questions on the comment section to help others.