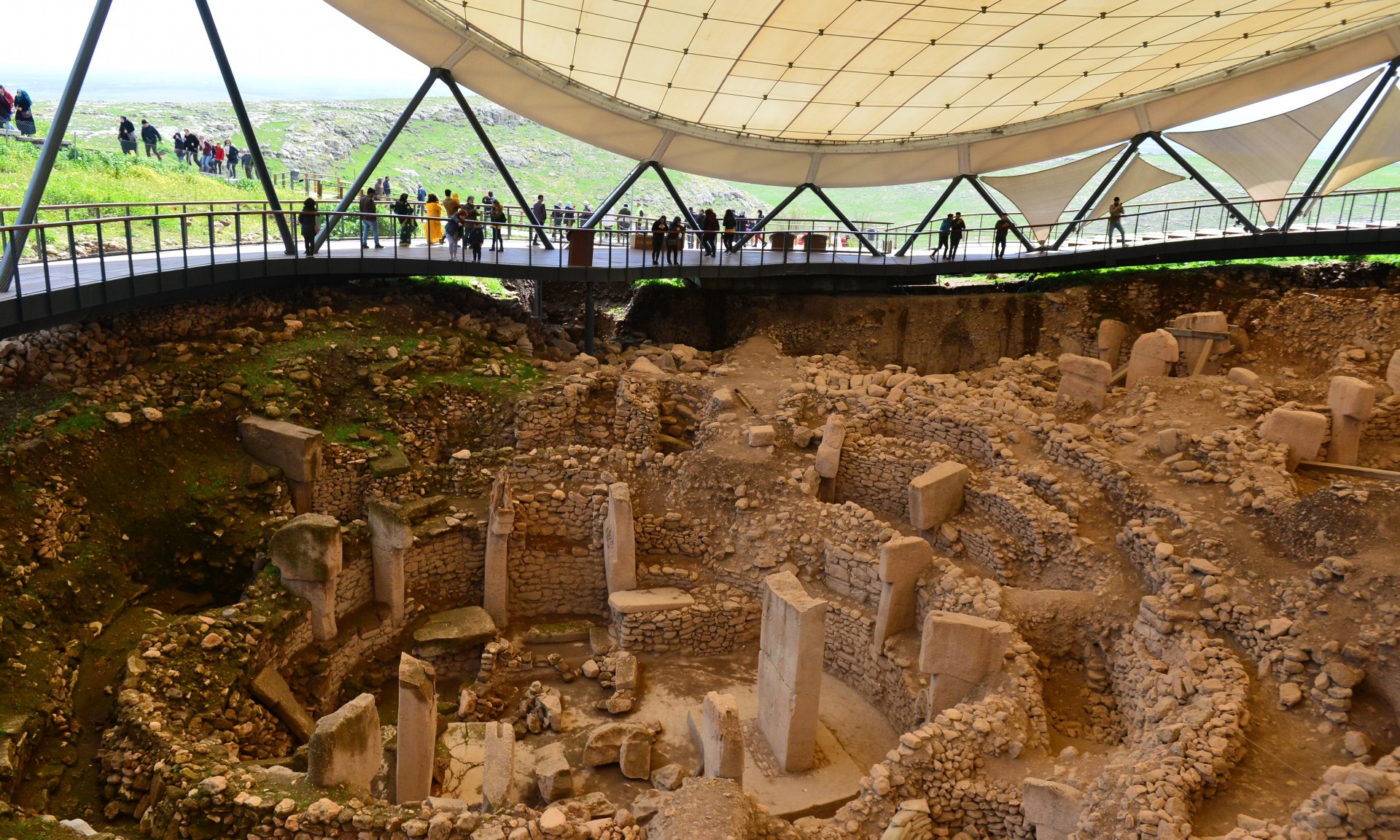 Have you heard the Gobeklitepe where is in Sanliurfa, Turkey? The home of the world’s first and oldest temple with many secrets still unrevealed. Gobeklitepe; especially in recent years, a very historical site that becomes more and more popular among travellers. The home of the world’s first and oldest temple, Gobeklitepe is now online at the 2nd Turkish show of Netflix, The Gift (Atiye in Turkish). As you can watch from the trailer this new series main focus is the Gobeklitepe and its history. Famous Turkish actress Beren Saat and actor Mehmet Gunsur are the stars of the series. I’m strongly suggesting you watch the first season of this series before you visit Gobeklitepe. You can check the table below to take a look at all the information you will read on this post.

Where is the Gobeklitepe?

Gobeklitepe is located about only 15 km away from the Sanliurfa city centre, near the Orencik village. Actually it is very easy to go to the site. There is an international airport in Sanliurfa. If you want to go to the Gobeklitepe directly from the Sanliurfa GAP Airport you need to rent a car from there. Because there is no public transport from the airport to the ancient site. If you go to the city centre first you may find tours from there to the Gobeklitepe directly. There are buses with number 100, that goes from the city centre to Gobeklitepe at 10.00 and 16.00, come back at 12.00 and 18.00 Ticket prices for the buses are around 3 to 5 Turkish Liras.

Gobeklitepe is the oldest and largest temple known in history. It made of giant columns and heavy stones lined up on top of each other. During the construction time of the unique place, there were no wheelbarrow or anything else for the construction works. Today, the construction process of the Gobeklitepe is still a very big mystery. Even seems impossible to construct like this place during that time. It is thought that there should be a very large number of human and animal power to transport the stones. When you visit the archaeological site you will see some animal figures over the stone pillars. Those are certainly beyond overtime. Gobeklitepe is an ancient structure that proves that the people were having systematically gathered even the periods of the time when the people lived as hunters and gatherers. The main purpose of the structure is still unpredictable.

Discovery of the Gobeklitepe

You may wonder why such a large and important historical area has made its voice, especially in recent years. One of the important worship centres in the world was found in 1963 during the “Southeastern Anatolia Research Project” which was the collaboration of Istanbul and Chicago Universities. The excavation over the site began in 1995 and those studies are still ongoing. As a result of the excavations started in 1995, 6 temples were found in the region and the shapes of these structures are similar to each other. But this historic site is much more than ever. Because geomagnetic studies show that the temples in the region can reach up to 20.

Why Gobeklitepe is So Important?

In other words, the mysterious points about the lives of hunter-gatherers in the Neolithic Period can become clear in Şanlıurfa and whole human history can be updated with many different pieces of information. What do these structures have in common? The T-shaped columns, which are thought to represent people, are arranged in a circular manner and varying in number from 10 to 12, built with stone walls. In the middle of this structure are two large obelisks, facing each other. The symbols of animals, human beings and abstract beings depicted on the stones forming the temple were created by relief or carving techniques. In addition to being the first and largest temple in the area, these symbols on the columns are the oldest known paintings from the Neolithic Age to date and are among the things you should know about the oldest temple of the world.

8 Fact That You Should Know About Gobeklitepe

Although Gobeklitepe still retains many mysteries, archaeologists have discovered the physical properties of the structure. If you want to get some information before going to Gobeklitepe, note the following details.

The Weight of the Columns Varies Between 40 and 60 Tons.

For example, it is known that the weight of the T-shaped columns, which are thought to represent works due to the presence of hands and fingers in some, varies between 40 and 60 tons. However, under the conditions of that period, who and how these stones were moved to the area are waiting to be solved as a Gobeklitepe secret.

It is a fact that during the construction of Gobeklitepe highly advanced architectural techniques compared to its period. Maybe these questions will have answers in the future.

There Are Animal Relief over The Pillars

On the columns, there are figures of animals living in the region such as wild boars, wild ducks, bulls, and snakes. These figures are thought to be seen as Gobeklitepe’s guardians and totem animals put for luck, as well as the idea that these animals may be the symbols of the tribes. In addition, the lion depictions in the columns make the possibility of lions in this region strong during the Neolithic Age.

Home of The Wheat is Gobeklitepe

Wheat, which has many variations with the contribution of genetic science, was first grown around Gobeklitepe according to the findings.

In the light of the studies and investigations, signs of fermentation were detected on the grain samples found in Göbeklitepe. At the same time around the temple ruins found equipment that can be considered as beer barrels. Scientists who have developed theories based on this evidence believe that Gobeklitepe is also a pioneer in the early production of alcoholic beverages.

Although the carved stone found by a Sanliurfa farmer in 1983 was one of Gobeklitepe’s earliest finds, the original work began in 1995 under the direction of the Sanliurfa Museum. In 2007, Klaus Schmidt was appointed excavator.

Gobeklitepe May be Concealed by the Human Hand.

The limestone and soil structure inside the circular structure is homogeneous, and the cleaning of many remains inside the Gobeklitepe temple before the temple is closed indicates that the area was consciously buried, in other words, it was closed. Unfortunately, there is no answer to the question “Why was Gobeklitepe buried?

The floors of the temple are specially designed to be impervious to liquid. The purpose of the need for such a ground, the oldest temple in the history of blood, alcohol, and so on. it supports the idea that rituals are carried out with liquid substances.

Gobeklitepe should be on your must to see the list. Please share your experience and thoughts about the Gobeklitepe in the comment section. By the way, there are many more places to visit in Turkey. You can find all places where you can visit in from WeCityGuide | Turkey section.

Göbeklitepe has located just 15 km outside of the Sanliurfa city centre, very next to the Orencik village.

Why Gobeklitepe is so important?

Gobeklitepe is one of the most important archaeological sites in the whole world. Because the artefacts and historical remains found on site take the history of both humankind and Anatolia 10.000 more years more. World-famous Stonehenge is 6000 years younger than Gobeklitepe.

When was Gobeklitepe discovered?

Gobeklitepe discovered by Klaus Schmidt from the German Archaeological Institute in 1963.

Is Gobeklitepe worth visiting?

Gobeklitepe definitely worth to visit because of its crucial importance for humanity. Also, the archaeological site is extremely well preserved and under the protection of the Turkish government by the special laws. However, visiting the oldest temple in the world where is more than 12000 years old would be an unforgettable experience.

How can you go to the Gobeklitepe?

Are there any more FAQs about Turkey?

You can check the FAQs About Turkey for Travel and Holiday page for more FAQs and insights about Turkey. 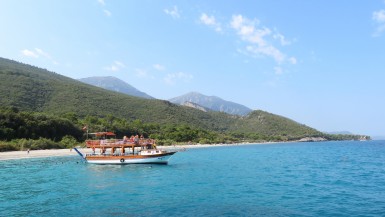