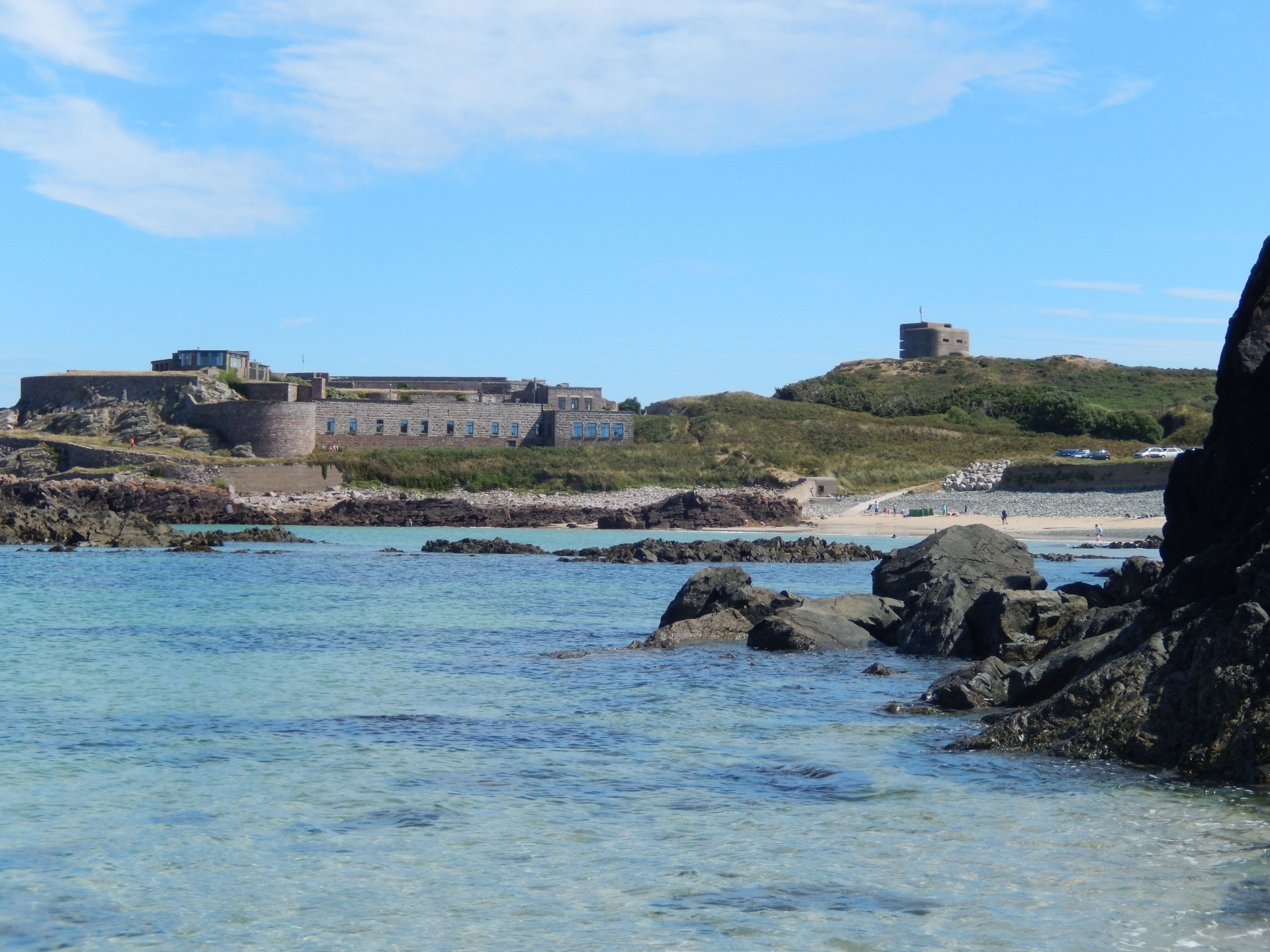 Fort Clonque is a coastal fortress made in the 19th century on the Alderney, Channel Islands located between Britain and France. This fascinating fortress built by the British as a precaution. Because the French naval power becoming more and more powerful during the 19th century. Fort Clonque has an important history for both countries. Seagull Over Sorrent movie was also shot in at the Fort Clonque in 1953.

Fort Clonque as rescued by the Landmark Trust in 1966 and renovated by them. Landmark Trust is like a hotel company but they only buy and renovate historic buildings like Fort Clonque. Now, this unique building is a hotel where you can stay and experience history itself. The capacity of the fort is only 13. There are 5 twin and 1 triple room. If you like to read something about this kind of place you will like the book at this link.

Where is The Fort Clonque?

Alderney island is very close to the northwestern edge of France. Despite their location to France, Alderney is the part of the United Kingdom. They have a self-governing dependency to the United Kingdom. Also, there couple of other islands than Alderney and they all called as the Channel Islands. Fort Clongue is on the western edge of the Alderney and about 3 km far away from the Alderney port. You may see the location of the Fort Clonque from the map given below.

How to Go to the Fort Clonque?

As you expect Alderney is not a major touristic hub or a very popular place for tourists. But I think that this historical island and especially is the Fort Clonque worth too see. There is an airport at the Alderney island and its name is Alderney Airport, what a surprise 🙂 Alderney Airport is located on the southwest of the St. Anne (center of the Alderney island). It is possible to find flights every day from Southampton and Guernsey, more European cities with connections. You may also find ferries from France and Britain to the Alderney port.

Alderney Island is a small place. So you don’t need a car or rent one. There taxis that you can use. Also, there are regular bus and train services during the day. Alderney Railway is working between the port and the Odeon-Quesnard Lighthouse on the east side of the island. It is a non-stop journey 🙂 The best thing that you can do in Alderney Island is driving a bike. That’s the best way to go around in Alderney Island. Because from the west part of the Alderney to the east is just around 6-7 km.

Places to See in Alderney Island

Fort Clonque is not the only place that you can see in the Alderney Island. There are lots of things to see in this historical place. There are multiple fort and beaches on the island worth to see. I’m writing a list down which includes all the places that you can go.