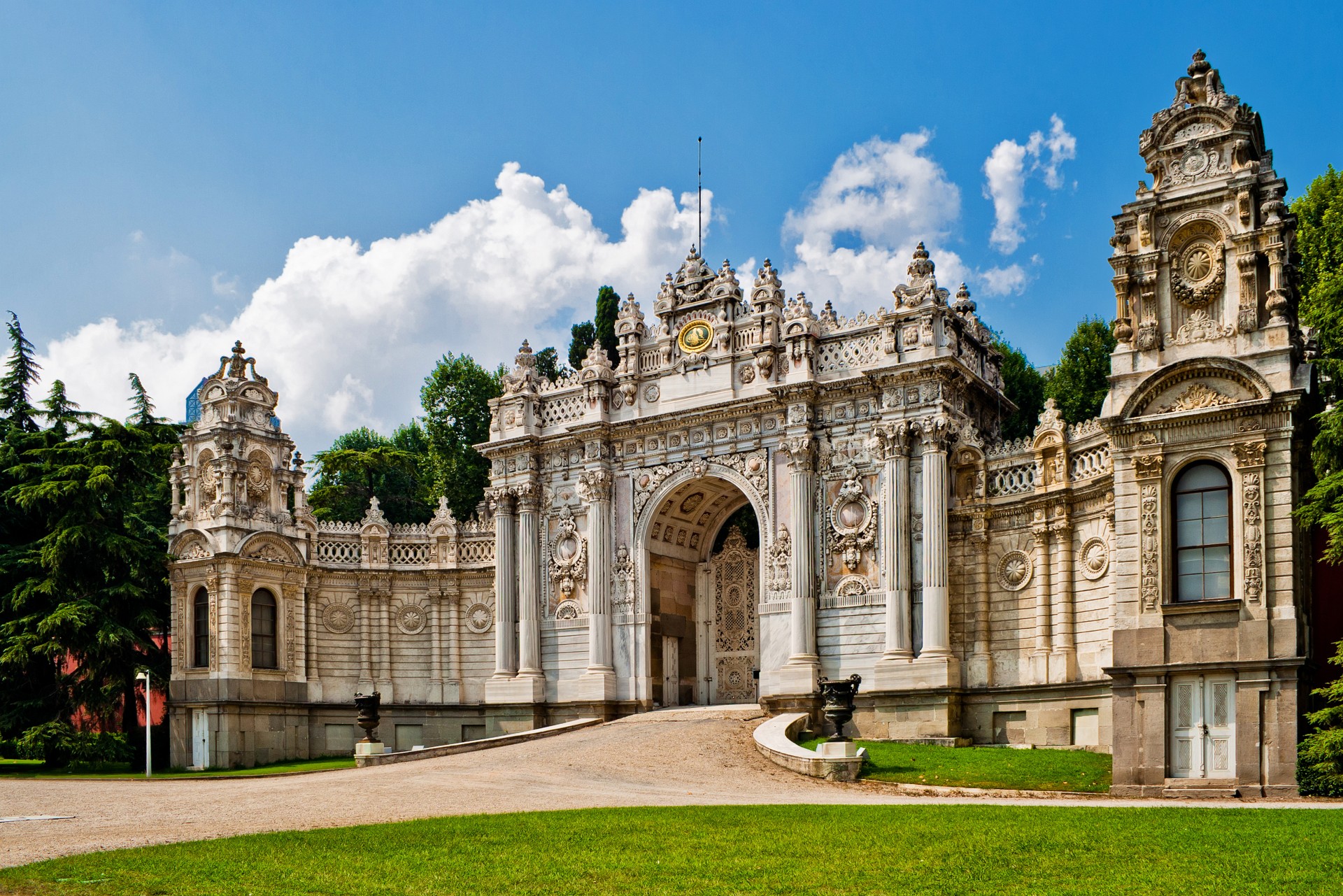 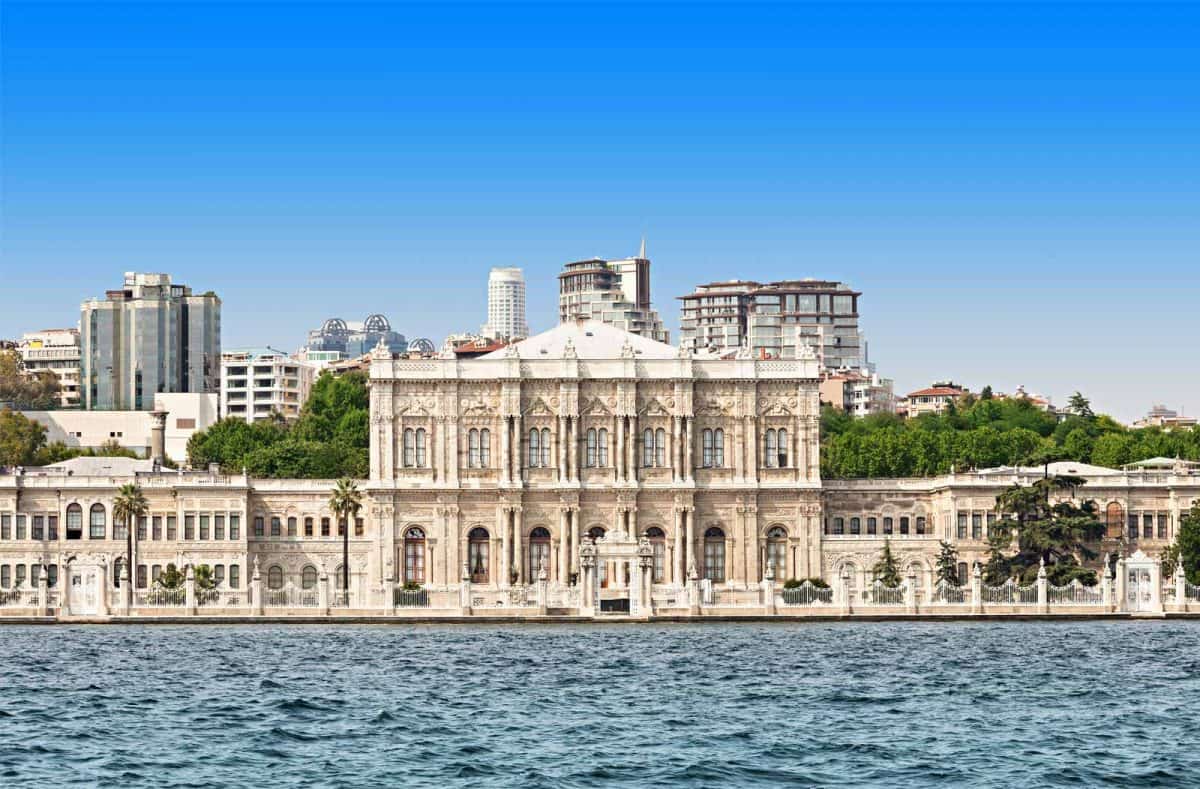 Dolmabahce Palace from the Bosphorus (Source).

Structural Properties of the Palace

Dolmabahce Palace has 3 floors and 1 attic belongs to the Harem-i Humayun. you can see the effect of western culture over the building within its decorations and also the changing of the aesthetic understanding of the empire. Basically, the palace is a regular expression of Turk Home, of course way more huge than ordinary homes. Electricity and heating system was first connected to the palace between 1910 and 1912. In total, there 285 room, 43 halls, 68 toilets and 6 Turkish baths in the Dolmabahce Palace, it is impressive right!

Foundation of the Turkish Republic

In total, 7 Ottoman Sultan lived in the palace from 1856 to 1924. After the foundation of the Republic of Turkey place used as the Presidental Office of Turkey between 1927 and 1949. Father of The Turks and the founder of the Republic of Turkey, Mustafa Kemal Atatürk has also used the palace for government affairs between 1927 and 1938. He was passed away on 10 November 1938 in the Dolmabahce Palace. Place used as a ceremonial place for government between 1926 and 1984. After 1984 it started to use as a “Museum-Palace” and opened to the visitors and tourist.

Where is Dolmabahce Palace?

Dolmabahce Palace is located very next to the Bosphorus shore at the Dolmabahce, Beşiktaş. Dolmabahce is one of the busiest and major places in Istanbul. Name of the avenue where the palace is on, as you expect Dolmabahce Avenue. This avenue starting from the Beşiktaş shore (Bus and ferry stops) end at the Kabataş tram station. Also, the home (Beşiktaş Stadium) of the Beşiktaş Football Club is very close to the palace. So, you should check before going there it is not the match days. It will be very crowded during the event days.

How to Go to Dolmabahce Palace?

Don’t worry! It is very easy to go to Dolmabahce Palace.  There is no tram or metro line next to the palace because of the sensitivity of the location but there multiple stops which are very close to the Dolmabahce on both Beşiktaş and Kabataş. If you are coming to the palace from historical peninsula (Hagia Sophia and Blue Mosque) just take the tram line 1 (T1) and get off at the last station at Kabataş. From the last station, you just need to take a small walk like 350 meters and you are at the marvellous gate of the palace. If you want to use the buses there are lots of lines goes through Dolmabahce Avenue from everywhere. You just need to use the app Mobiett of the Istanbul Metropolitan Municipality. The app will tell you how to go to the Dolmabahce Palace by using the bus.

Taksim metro station is the nearest one to the palace and it is about 1.3 km away from it. It will take 10-15 minute walk to it but it will be easy because you will downhill. Plus, there will be a charming view of the Bosphorus and Istanbul. It is also possible to use the ferries to reach the Beşiktaş and Kabataş if you are coming from the Anatolian side. either way, Dolmabahce Palace is very easy to access for you. Just check if there is an event at the Beşiktaş Football Stadium to avoid the excessive crowd over the area.

If you’re planning to visit or ever visited the Dolmabahce Palace please your questions and suggestions on the comment section to help others! Also, you can ask anything about Dolmabahce Palace history on below.