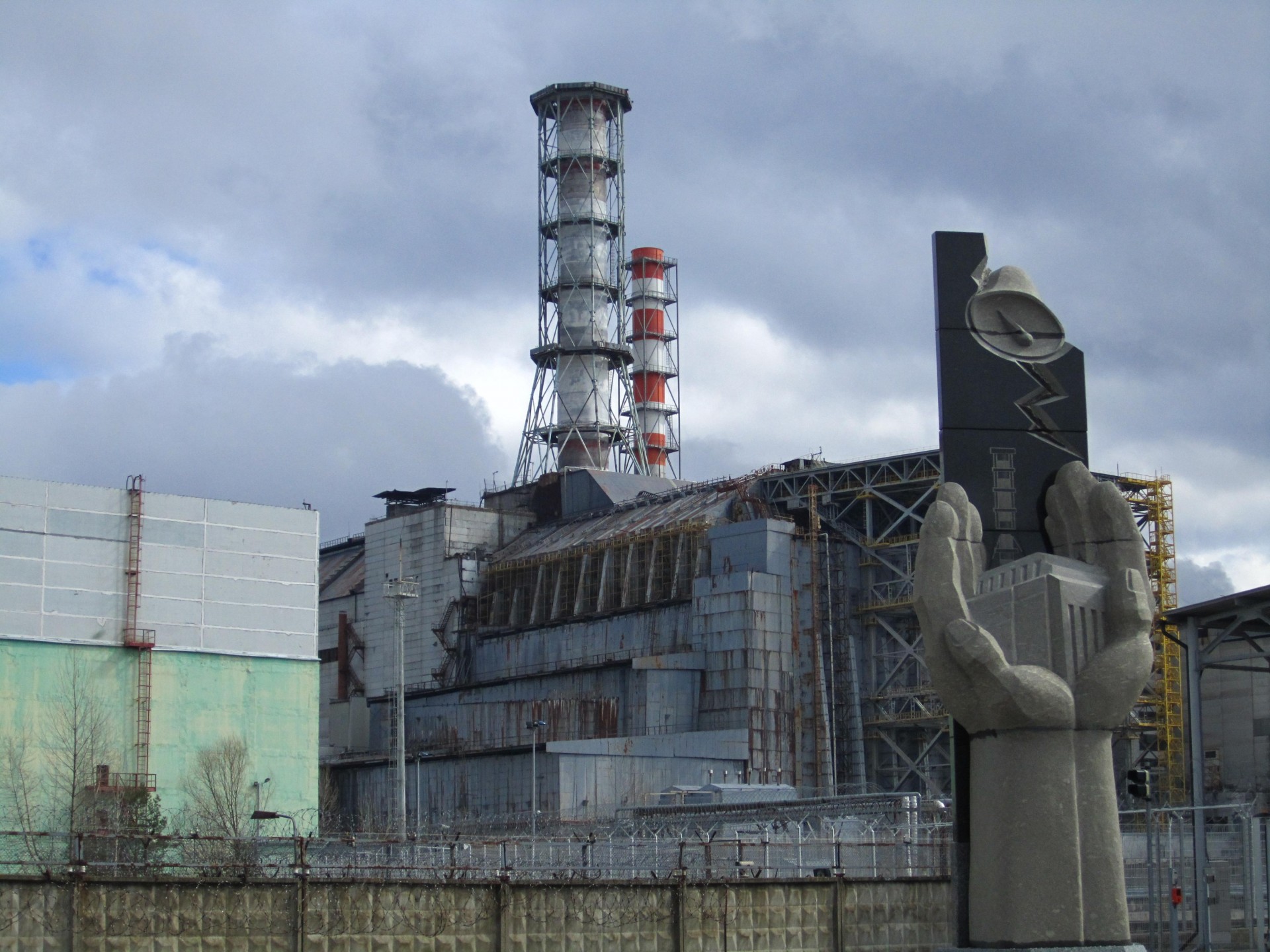 Chernobyl: Home of the Ultimate Tragedy

Chernobyl is a city in the North of Ukraine and also it is very close to the Belarus border. The city is known with the one of the most ultimate human tragedy in history, Chernobyl Nuclear Power Plant accident which happened on 26 April 1986. In this Chernobyl guide, you will find a brief history of the disaster. Mostly this Chernobyl guide will focus on visiting Chernobyl as a tourist.

Home of the great disaster was built between 1972 and 1977 near the Pripyat river. Pripyat is the closest settlement to the Chernobyl Nuclear Power Plant and it is also 100 kilometres far away from the capital of Ukraine, Kyiv. There was 4 RBMK (Reactor Bolshoy Moshchnosty Kanalny) type nuclear reactor in the power plant. On 26 April 1986, there was a security test and everything goes wrong.  The big explosion happened when the power level is 10 times higher than the normal days on nuclear core and massive radiation fallout happened. The accident is also known as a Chernobyl disaster.

Radioactive fallout affects almost every country in Europe and also Turkey. After more than 40 years radiation still affects the people. After the accident, The Zone of Alienation declared and expanded a couple of times when the real effect of disaster recognized by the Soviet authorities. This zone is also knowns as a Chernobyl Exclusion Zone. The zone covered also an area of 2600 kilometres square. The official death tools given by Soviet is still the 31 but the real losses are way higher than this number. Hundreds and more…

Many people are curious about what happened in Chernobyl and how is the city during these days after the disaster. To satisfy their curiosity more than 60.000 people visit Chernobyl city. Pripyat is the closest settlement to the power plant and everything is the same except the people. The city is like a Soviet time machine for the 80s.

If you want to visit Chernobyl and the exclusion area you can’t just do it by yourself. You need and government approval to go to Chernobyl.  You can find lots of Chernobyl tours on Google but it’s suggested to arrange everything in advance. Because language could be a problem in Ukraine sometimes.

Is It Dangerous to Visit Chernobyl?

The answer to this question is both yes an no. There is still radiation around the Chernobyl and it could be harmful to some people. More than six-month pregnant women are not allowed to joint the Chernobyl tours. Today the officials say that sunbathing under the sun couple of hours has the same effect visiting Chernobyl but it is safe to take some precautions of course. Better safe than feel sorry. You will be told the wear long-sleeved clothes, boots and some other clothes not to get harmed by radiation. Also, the time of Chernobyl won’t be longer than 8 hours. Basically visiting Chernobyl is safe as long as if you follow the rules.

There are lots of tours to visit Chernobyl. You can check their websites to get information about the tours. I wrote down the five of them but don’t forget to check Google for more.

If you join the Chernobyl tour your first stop the security checkpoint. You will show your passport and permit at the gates and official will scan your QR codes and identify you. During the identification, visitors need to get out of their vehicle. You will also find some souvenir shops in here and will hear some music from the Fallout game.

Places to See in Chernobyl

Not only the Chernobyl abandoned after the disaster. There are also several settlements abandoned; Buryakivka, Pripyat, Poliske, Opachychi, and Vilcha. Pripyat was the city built for the worker of the Chernobyl Nuclear Plant and it was completely evacuated after the disaster. Pripyat is the most popular location for the visitor. Buryakivka is about 20 kilometers away from the disaster area. It was one the cities were under the direction of the radioactive fallout cloud.  Poliske, Opachychi, and Vilcha were small towns just near the Belarus border also evacuated after the incident.

The bridge between the power plant and Pripyat is the witness one of the greatest tragedies happened in Chernobyl. After the explosion, people of the Pripyat went to the bridge to get a more clear view of the power plant and fire. The people who went there during the disaster were exposed to the deadly level of radiation. Any of them know what was happening to them. After the disaster, this place called as Bridge of Death.

Monument to the Chernobyl Liquidators

This monument built as a commemoration for the people who risked their lives after the disaster. Firefighters have risked their life without knowing and thinking about the risks of the radiation to out the fire out. Many of those people exposed to the deadly level of radiation and suffered great pain. The motto of the monument is the To Those Who Saved The World!

There is a mechanic yard close to the power plant. There were lots of agricultural vehicles like fertilizers, tractor, and harvesters. These vehicles used by the firefighters during the fire occurred after the explosion. Vehicles are still there. You will probably find a couple of nice spots for a picture. Also, ıf you have a Geiger counter you can find some radioactive hot spots near the vehicle which probably went very close to the core area.

During the cold war, the Soviets built a great secret radar station to detect missiles used by the western enemies. It is very easy to see the Duga radar from distance. Duga radar is located about 10 kilometers away from the power plant.

At the time of the disaster, 2 more reactors just like the exploded one was under construction south-east of the existing reactors. After the disaster construction was immediately stopped and never finished. The structure started to dismantle by the year 2019 but half of the cooling towers still remain.

In order to reduce the effect of radiation comes the nuclear core 100 meters tall arch was designed and built over the plant. The aim of this confinement is to replace the iconic Sarcophagus which kept the radioactive materials contained in the core area and block the contamination for years. The new sarcophagus can be seen from kilometers away. It is forbidden to get close it because of the radiation levels. Only scientists and filmmakers may be allowed to get there after the months of preparation. Here is the place that has the highest radiation level in all of the disaster areas. There is an also observation point where is about 200 meters away from the new Sarcophagus.

Monument to the Constructors of the Sarcophagus

This monument was dedicated to the thousands of workers who risked their life without thinking to construct the Sarcophagus.

There is a pine forest that was contaminant with heavy radiations. There is no fence or wall to limit the area of the forest but you will see the radiation sign on several spots. ıf you have Geiger counter you will some hot spots in the forest. These hot points probably the places where the highly contaminated thing buried after the disaster.

Where to Stay in Chernobyl

Chernobyl is not a regular place for you to book a hotel and just go there. Tourists have only one legal option to stay in the Chernobyl Exclusion Zone which is the ChornobylInterinform Agency Hotel. There are also several hotels like Hotel Desiatka, Hotel Pripyat. It is better to ask your tour company or guide about accommodation options. You won’t be permitted to leave from the hotels or other premises without an authorized guide. This is a strict rule! You won’t even leave walking a couple of meters.

Visiting the Chernobyl will probably shock and astonish you. You will see a wasteland, like a ghost city. It will be a great experience for your life. But also think about nuclear power and technology!

Travellers Notebook: A Detailed Review
We use cookies to ensure that we give you the best experience on our website. If you continue to use this site we will assume that you are happy with it.Ok